Come with us on another monster adventure! Last post we focused on the Mesopitamian creature the Aqrabuamelu (Scorpion Man). Today we jump to Greek mythology with the Erymanthian Boar!

It is always fun to learn and test out new creatures in your novels, so while we are focusing on the Erymanthian Boar today, we encourage you to do some research of your own and see what monsters you may find, and we would love to hear about them!

But let’s get started…

If you are familiar with the story of Hercules, then you may have seen this particular creature. Hercules was tasked with bringing Eurystheus an Erymanthian Boar alive for one of his twelve heroic labors, which is no small task.

In Greek mythology, the boar was a giant creature who lived on Mount Erymanthus and would lay waste to anything that came in its path with it’s strong and large canine teeth.

How to use this creature in your next novel:

We hope you enjoyed our little journey through Greek mythology, and hope it inspired you to do some research of your own! And maybe even a new novel idea! 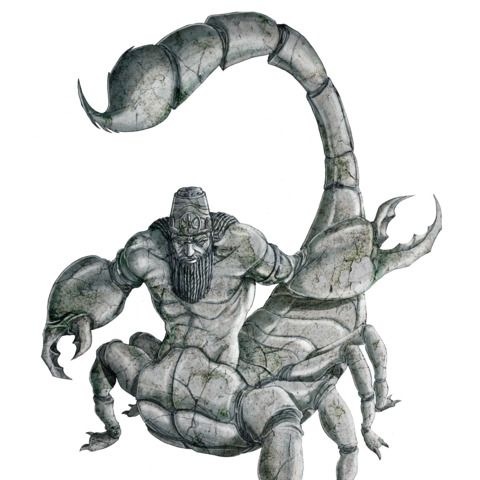 Welcome audiobook lovers! Each month we feature new releases that we helped produce alongside some of our great authors. If you like to stay up to date with the releases follow us on facebook and instagram!

Our audiobooks will always range in genre, so there’s something for everyone! Take a peek into the book below and see if it’s something that interests you.

Dive into a new world, laugh your worries away in a romantic comedy, or open your heart to love with one of these amazing audiobooks. Let us know what you think!

Tomorrow is Halloween! Just in time for one last creature of the dark analysis…

We have talked about ghouls, zombies, and mummies but today we will talk about the lord of death…the grim reaper. His job entails collecting the souls of the people when their time on earth is done. He is known to be very diligent in his job and always meets his deadlines. He is someone you will not want to see.

Origins of the Grim Reaper appear in the fourteenth century when Europe was overcome by the Black Plague. During this time many artists began painting skeletons with deadly weapons and eventually the black cloaked figure became the first recognizable Reaper. It is said that his dark costume and curved scythe (the large weapon he carries around) may have been inspired by the plague doctors who wore dark shrouds and bird-like masks to protect themselves from breathing bad air.

However, the name Grim Reaper did not appear until the nineteenth century. Getting its origins from the popular nickname for death “the Grim’.

His special abilities include being able to separate the soul from the body, and then becomes a guide to help you find your way to the next realm.

Today the Grim Reaper remains to be a favorite Halloween costume, and has appeared in novels and films. He has become the world’s most iconic personification of death.

Spook up your next novel with a Grim Reaper character!

For more information about Hershman Rights Management visit our website!

Here are a few of our favorite books at Hershman Rights Management for this special season!

Like most people, I like to pair what I am reading to my environment. For example, during Christmas time I can get comfy on the couch to a good Christmas theme book and hot cocoa. However, considering that it is Halloween season any one of these books paired with hot apple cider will do!

Most of these books focus on Halloween themed creatures, like ghosts or witches, or have a mystery thriller theme. Who doesn’t like a good spook this time of year?

For more information about Hershman Rights Management visit our website!